Persistent drizzle this morning and I seem to have absorbed most of it. The few drops that didn’t fall on me covered everywhere in a hazy obscurity. The post-breeding silence of the birds added to the mysterious baskervillian atmosphere, with only a single reed bunting creaking out a song from somewhere in the dripping wet reedbed.

Up on East Warwick the numbers of coot and tufted duck are still growing, and they contributed a loose bespeckling to the water. Gone were the small flotilla of young, baby-faced lesser black-backed gulls I’ve seen a few times this week. The group of local canada geese and their university age goslings clung together for safety, eschewing the company of those on moulting package holidays, but had nevertheless adopted a young greylag who has evidently lost its natural parents to some cause.

Up at the top corner I met Dave and we both wondered if it was worth the walk around to West Warwick to see if the little ringed plover — last seen on friday — was still there. We decided against it and set off on a fruitless walk around No. 5. Despite the drizzle, no waders passed though, and there were none resting on the banks of the reservoir either. Dave hypothesised that the direction of the band of rain — slowly drifting south east — meant they would be waiting, or leisurely flying along behind it, rather than forced down by the unanticipated headlong collision with a northbound weather front. As theories go it’s plausible, and backed up by the appearance of a dunlin, redshank and a flock of black-tailed godwit only after the rain had stopped and I’d gone home.

Even the fisherman’s hut woodpile and surrounding stand of trees offered little. Only single blackcaps and reed warblers, no chiffchaffs, the first juvenile robin I’ve seen in over a week, and an unusual, though unimpressive, eruption of Chaffinches. They’re always to be found around here in small numbers, but generally high up in the trees. The male is a beautiful bird, with a slate grey hood and berry cordial flushed breast, but the female and young birds (which all of today’s were) are really unremarkable creatures, like charcoal and chalk sketches produced as studies for the finished bird.

It’s interesting how the character of of a single species of bird changes from place to place. I’ve mentioned before how jays and herons can be both tame or wary of humans depending on where they’re seen, and the same is true of chaffinches, but in the opposite direction. In London — and in urban locations more generally I feel — they behave like wild birds, not allowing close approaches and seeming quite self-sufficient in their little green oases in parks and other less inhabited parts of cities. But in the forests of the north and west of Britain they can be exceedingly tame, and are the typical bird to pick crumbs from around the feet of picnic makers.

I can’t back that theory up, and I’m not even sure how much I believe it, but I have to do something to liven today’s blog up. 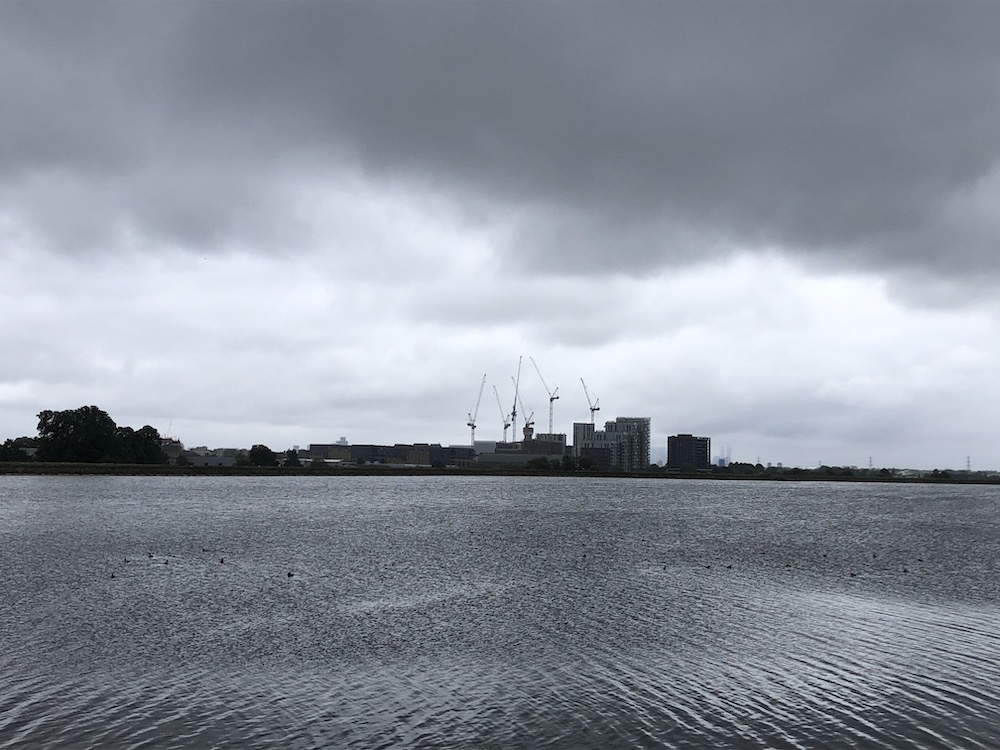 I finished the morning walking around Lockwood. No whinchat today, though the decent flock of linnet remained. A pair of mute swans approached with their family of seven cygnets, all at that awkward age when they are no longer cute ugly ducklings, nor grey facsimiles of the adult’s perfect bow-necked, tulip-headed and meringue-bodied form, but an inbetween Frankenstein’s mess of oversized goose parts.

The rain stopped and the thinning cloud glowed with new warmth. Below, the deep dark water reflected the remaining hushed blue darkness of the sky. It complimented the vivid green of the algae, the cold grey-white of the concrete and the russet of the tall, ripened dock seedheads. It felt like the coming together of a mood board for a new designer sportswear range.

Three song thrushes greeted the departure of the damp, two collared doves — a bird that feels less common by the year — landed on a distant roof, and an egret with its head tucked in flew south on bowed, white wings, reminding me of a barn owl. 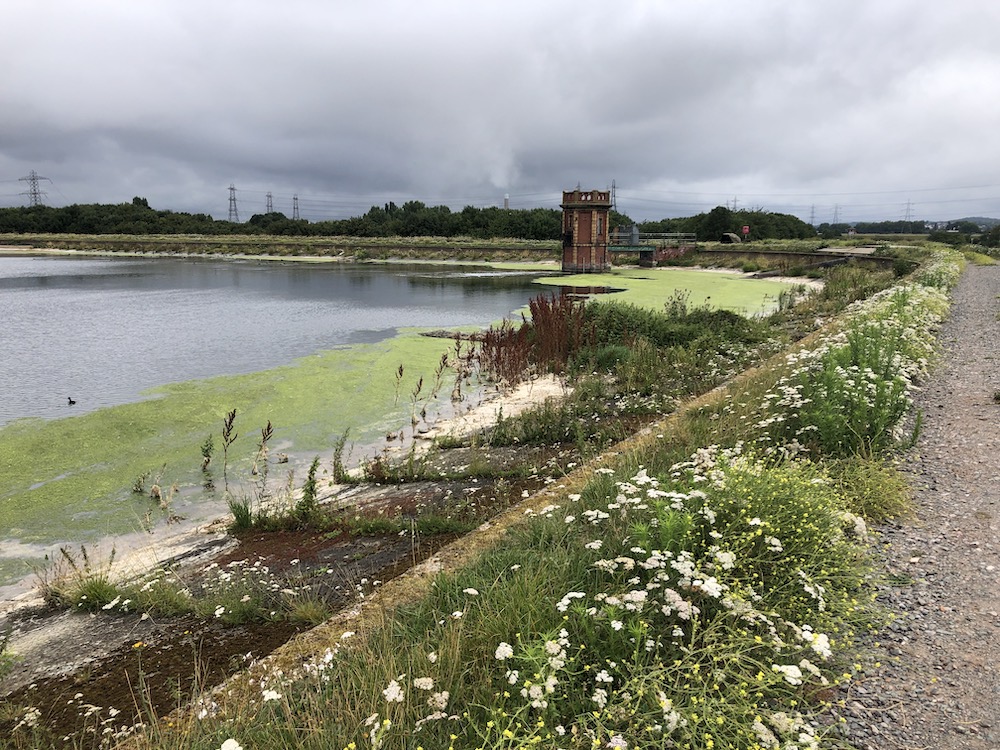