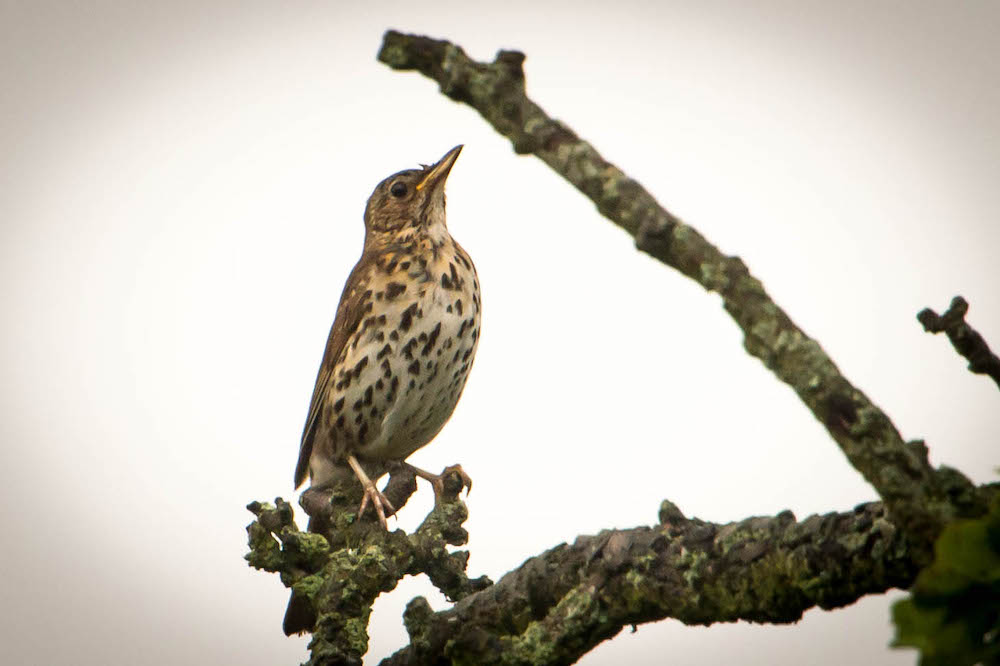 The sun, as the spring marches on, loses its early morning alure. In April and early May I’d frequently awake early, sensing it streaming in through the blinds, obey my body clock’s summons to rise up, and be out of the door by 7 o’clock. But my rhythm slowly adjusts to a new normal, ignoring the day as it stirs before I do, and refuses to roll me out of bed until my digitally alloted time.

This is the story of every summer. The wasted opportunities for crisp morning light, dewy meadows and post-dawn foxes passing by unlived. Heavy eyelids and a full head of hayfever binding me to my bed.

This morning was, reluctantly, different. I’d arranged to meet a friend to seek out the Song Thrush we’d been entertained by in early May on an even earlier dawn chorus excursion. The dawn chorus is best experienced from about an hour before dawn, so that pre-5am morning was extreme, even by early spring’s standards. The sun’s rays must have been surprised to have lost that race.

At 7.30 I was on my bike, cycling along Coppermill Lane between the reservoirs and the Thames Water filter beds. The swifts, which had been wholly absent the previous afternoon, had returned, though in apparently smaller numbers and over a different patch of the lakes. They were to follow us all morning, speckling the sky with their dark bodies like flies. I think of them as practicing sustainable fly-fishing, conscious of the need to preserve stock levels, leaving the areas trawled at the weekend to recover their numbers.

Arriving at Leyton Marsh, under threat from an application to extend the ice skating centre that uglifies its southern edge, a song thrush greets me. While waiting a pair of whitethroat stumble about a couple of sapling treess, the male pausing to chug out a few bars of song while the female scarcely pauses in her search for insect life. A sand martin flies by and I note how square and abrupt its tail ends, as if cut out with a stencil.

At the southern corner of Walthamstow Marsh, near where water voles can sometimes be found, I hear our familiar thrush singing already. It has altered its favourite song post since earlier in the spring as the brambles have grown almost to the same height as the shrub it perched upon. It now favours a small tree next to the canal path, and perches facing away from us. I fancy it enjoys the echo of its song bouncing back from the walls across the water, and waking the inhabitants of the canal boats from both directions.

And wake them it would. The song thrush is one of the loudest and most persistent songsters we have. It will sing for great lengths of time delivering a mixture of strident, repeated whistles and chuckles and short playful ditties using both its voice boxes to the full. The purity and volume of its standard repertoire is an invigorating tonic at any time of day, but aprticularly enjoyable in the early evening when they will often repeat the kind of showstopping performance most birds reserve for the dawn.

Like many of our most tuneful songbirds, the song thrush is prone to mimicry or, if not mimicry, it has an uncanny knack for sounding incongruously modern. It sings sounds not unlike a telephone with its battery running out, and at one point sounds like a morose car central-locking itself. It looks over its shoulder, a steady dark eye pering out of a speckled poker face. It’s like the deadpan man at the bar, telling cracker after cracker without breaking a smile, before downing his pint and leaving with a wry salute.

We walk through the long grass towards the reeds, where sedge and reed warblers churr their morning welcome. Overhead, ragged-winged mid-moult crows return from their early morning reconnaisance and a peregrine, stiff and heavy as an axe, glides east into the white glow of morning. 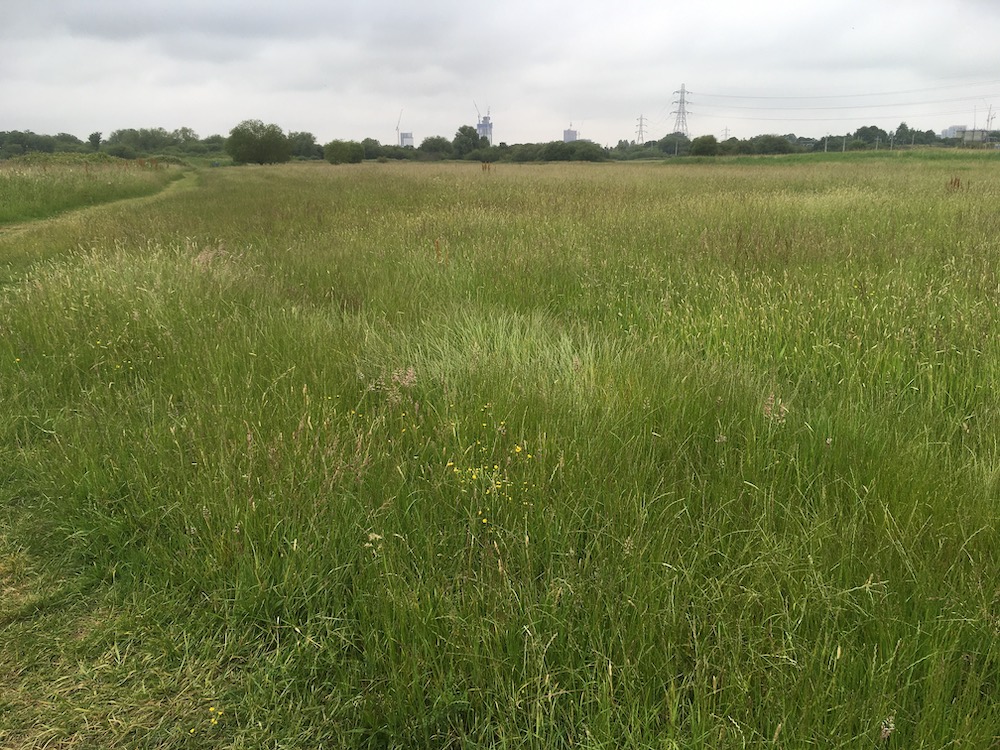