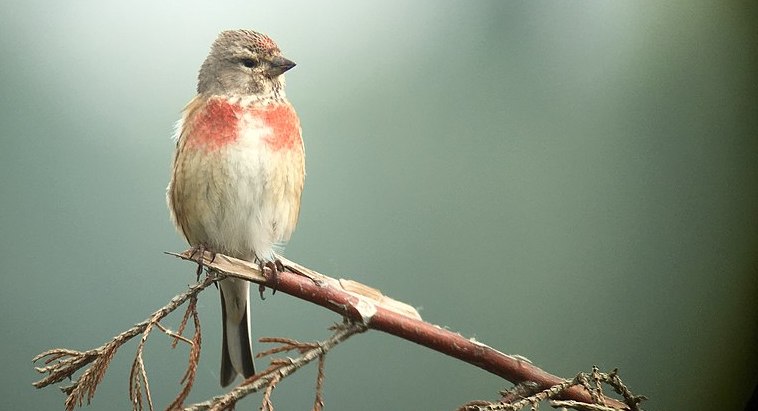 Lockdown lethargy has truly embraced me today. Maybe switching to a less caffeinated coffee blend is to blame. I find the blustery wind and intermittent downpours tiresome, inconsequential and obstructive, and am not inspired to write anything.

It’s raining now. Maybe throwing myself headlong into it with a bike ride will clear away the cobwebs.

Well that worked, to a degree. Not much of a bike ride, but the heavy smattering of rain in its opening stages drew a refreshed smile to my cheeks. The weather really can’t make up its mind. Before the end of my short jaunt around the wetlands and marshes the puddles were almost evaporated away by the searing sun, throwing up an almost palpable, knee-high mist that felt warm and clammy, like the entrance to a Turkish Hammam.

The shower hadn’t brought anything interesting down with it and the birdlife was in much the same mood as it had been in the wind-buffeted early morning. At 8am the islands were laden with birds waiting for the water to become less choppy. Coots on East Warwick island, cormorants on No. 5, and an incredible 15 mute swan sheltering under the trees of one of High Maynard’s two islands. Even the gulls, who normally dot the surface of Lockwood on any day, were notably absent. I can’t imagine the wavelets on the water posed much danger, but they would get pretty annoying after two days straight.

This afternoon, however, a single herring gull chick, escorted by a parent, was trying its luck out on the water. I’ve never seen one this adventurous so young — it was still a ball of downy fluff, with no sign of any sleeker flight or body feathers growing yet. On the tern raft a couple of dappled, brown and white juvenile black-headed gulls — possibly down from Ponder’s End — are hanging out with the colony that’s busy establishing itself (although as far as anybody knows there have been no chicks yet).

And the swifts, again, are a highlight of these windy days. Even more numerous than yesterday, their near misses as I pace through their crossfire keep getting closer. I found an amazing spot beneath a willow tree at the top corner of Low Maynard that they seemed to use as a kind of roundabout, and stood gawping at their first-class mastery of the wind.

The wind had a strange effect today, almost behaving like a selectively magnifying lens. It loomed so large and distorted the senses such that most birds seemed smaller and more pathetic than usual. This applied all the way from the fishing parties of cormorants striking out up the valley, down to the sand martins, goldfinches and blue tits who struggled onwards through a landscape made epic by constant motion; Lawrence struggling through a sandstorm, or Scott in the Antarctic.

The only birds immune to this effect were the swifts themselves, magnified in size by their total mastery of the wild stallion air, and, curiously, the group of around 25 Linnets dancing between the skyline and the weeds. They’ve had a good breeding season it would seem, and their numbers are really starting to swell compared to the twos or threes I was seeing earlier this spring.

You’ve seen a linnet, I guarantee it, though you may not realise it. They’re particularly common near the coast. If you’ve ever seen a flock of small, grey and brown birds flying bouncily ahead as you walk a coastal path, they’ll be linnets. In Cornwall they’re particularly numerous and last year I saw flocks of well over a hunderd as I walked the south coast trail.

You’ll also find them on farmland, moorland, and anywhere there’s any open ground with plenty seed bearing plants… which is basically everywhere apart from towns and cities, woodland and mountain tops. I’m a member of a facebook group that identifies photos of birds posted by strangers and, along with meadow pipit and dunnock, linnet is the most oft-papped bird.

Back in the Victorian era I imagine they’d’ve been a more recognisable name, though not for good reasons. Back then, catching and caging wild finches was a popular route to getting a pet and, along with chaffinches, bullfinches and goldfinches, linnets were popular catches (I learned all this from the wonderful book A sweet, wild note).

Linnets are not exactly beautiful singers. I’ve already described their songs in this blog as “twinkling”, “twittering”, “music-box chatter” and “a medley of playground taunts (but perhaps sweeter)”. Today the male who pauses for a moment to sing atop a particularly tall weed reminds me of nursery school children playing space invaders, improvised laser gun noises interspersed with high pitched, excitable squeals.

No, not beautiful, or melodic, but always high-spirited… which is perhaps the perverse goal of keeping a caged bird in one’s living room.

They’re also marginally less well-presented than most of our other finches, whose plumages feature the large, bright, bold areas of primary colours of a Rousseau or a Gauguin painting. Linnets, however, are more rustic in appearance, with the brush strokes plainly visible and the colours overlapping each other in streaks. The male has a reddish pink flush each side of his chest and on his forehead, bleeding into a grey head, streaked cream underparts, and chestnut back and wings complete the ensemble. The female is the same, only streakier and without the magenta. Watching one close up recently I noticed she had the long-lashed eyes of a traditional rocking horse.

Is it me, or is this writing more lacklustre than usual? It certainly feels like I’m just going through the motions of describing a bird rather than conveying what it feels like to see one. I was going to continue writing about the stock dove I saw on this afternoon’s bike ride. It was it that stirred me enough to want to write, but the lethargic haze is back. The dove can have its day some other time. Maybe I should up my dosage of caffeine again.