I sit writing this with the grazed elbows of a tumble off the bike, so it will probably be brief. I’m all in one piece — as is the bike — and the wounds and pain are superficial, though it’s no fun being at a keyboard as the sting of the graze matures into the ache of the bruise.

But a ride well worth it. And not just for the blackberrying, whose results, alas, ended up squished and dripping down my back. For tonight was flying ant night on the marsh, and the plump females and diminutive males provided a feast for… not the swifts and martins you’d expect, but rather an enormous whirling flock of gulls. Black-headed gulls mostly, there must have been well over a hundred ducking and weaving throught the insect sex party. I was surprised to see a handful of the larger gulls too. Hard to believe such big birds would care about such tiny morsels. Although we eat smints, I suppose. Perhaps ants are the gull equivalent of fruit pastilles. 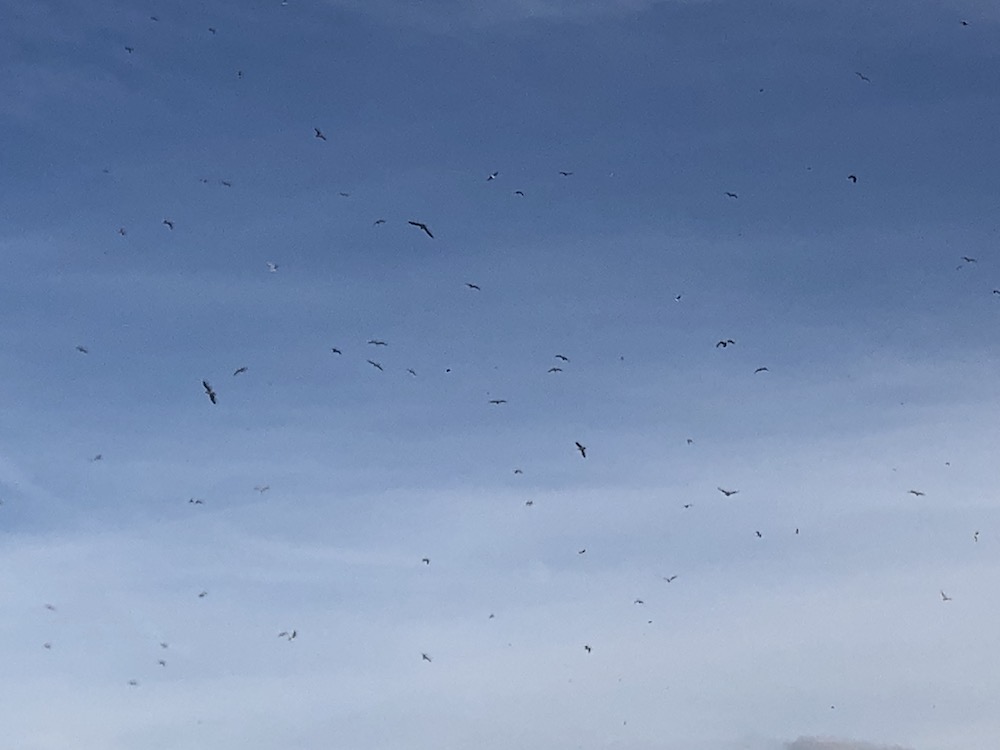 They didn’t hang around for particularly long, departing like hyenas and leaving the dregs for the few starlings who’d been looking on from the overhead electricity wires. Interesting that they didn’t feel able to join in sooner. The pecking order applies even when there is more than enough to go around. I’ll leave you to anthropomorphise as you choose. And wonder, as do I, why there were no swifts, which were quite abundant earlier in the day.

Other highlight of the day? Well, it was supposed to be an influx of migratory songbirds. The first day in a while with a northerly wind, albeit a soft one, which might tempt more of them to begin their journeys south and pop in to London on the way. At Woodberry Wetlands, just a few miles away, there were apparently dozens of willow warblers, but despite my best efforts, Walthamstow had no more than yesterday. Possibly even fewer.

What there were, however, were a number of Chiffchaffs giving me the run around. My ability to clearly distinguish when something is definitely a chiffchaff is inversely proportional to how much I’d liek it to be something else — I’m only human. So this morning they teased me, like bashful little ventriloquists, throwing thir sweeet little hueet calls out of the bushes with just enough of a disyllabic hint to confuse me into believeing it a willow warbler. Followed by a stakeout ending in a glimpse of a blackish shin, greyish back, habitually dipped tail or loss of faith in the integrity of the call, any of which led me reluctantly home to a positive classification as a chiffchaff.

Not that the chiffchaff is a bad bird. In fact, it’s a rather good one. Its song used to be one of the earliest harbingers of spring proper, being a summer migrant that starts arriving and singing in early March. Nowadays, in the south of England at least, they winter here in high enough numbers (birds from germany apparently) that the songs start even earlier, although there is still a pleasing influx that hits towards the end of the month, and consistently brightens any woodland, rather than the relative few that shelter a wintering bird or too.

And what a song it is. Not showboaty, or even particularly musical, but like so many other simple birdsongs, has the power to evoke the clear air of spring. Two (or sometimes three) slightly differently pitched sweet high notes repeated in a steady cadence, it’s also the bird most likely to be confused with a metronome. Whoever named it the chiffchaff must not have been very observant as, though the pace is extremely steady, they very rarely alternate between the two pitches, and are more likely to sing a chiff chiff chaff chaff than a simple chiff chaff.

Walking about the reservoirs this morning I eventually sat by the woodpile by the fisherman’s hut to wait for the warblers to materialise. Lots of chaffinches again (the similarity to the chiffchaff’s name is coincidental — the chaff in chaffinch refers to the detritus of wheat production), and a couple of young robins, one of them flushing a little orange, and both practicing the territorial muscles the species is well known for (one of the few species to regularly fight to the death). A number of reed warblers flitted about, with a blackcap — very much the daddy of the warblers — bossing them about. But no glimpse of a willow wrabler, nor even the chiffchaff who can often be seen creeping about like a mouse.

Eventually I hear a willow warbler singing from the other side of the hut. I walk over to see if I can find it, but my patience is waning and my stomach appeals for breakfast. Where I’m stood, I’m keeping the goldfinches from their thistles too, and I sympathise with their hunger, so I head for home, coming across a cantankerous little toadlet on the way. 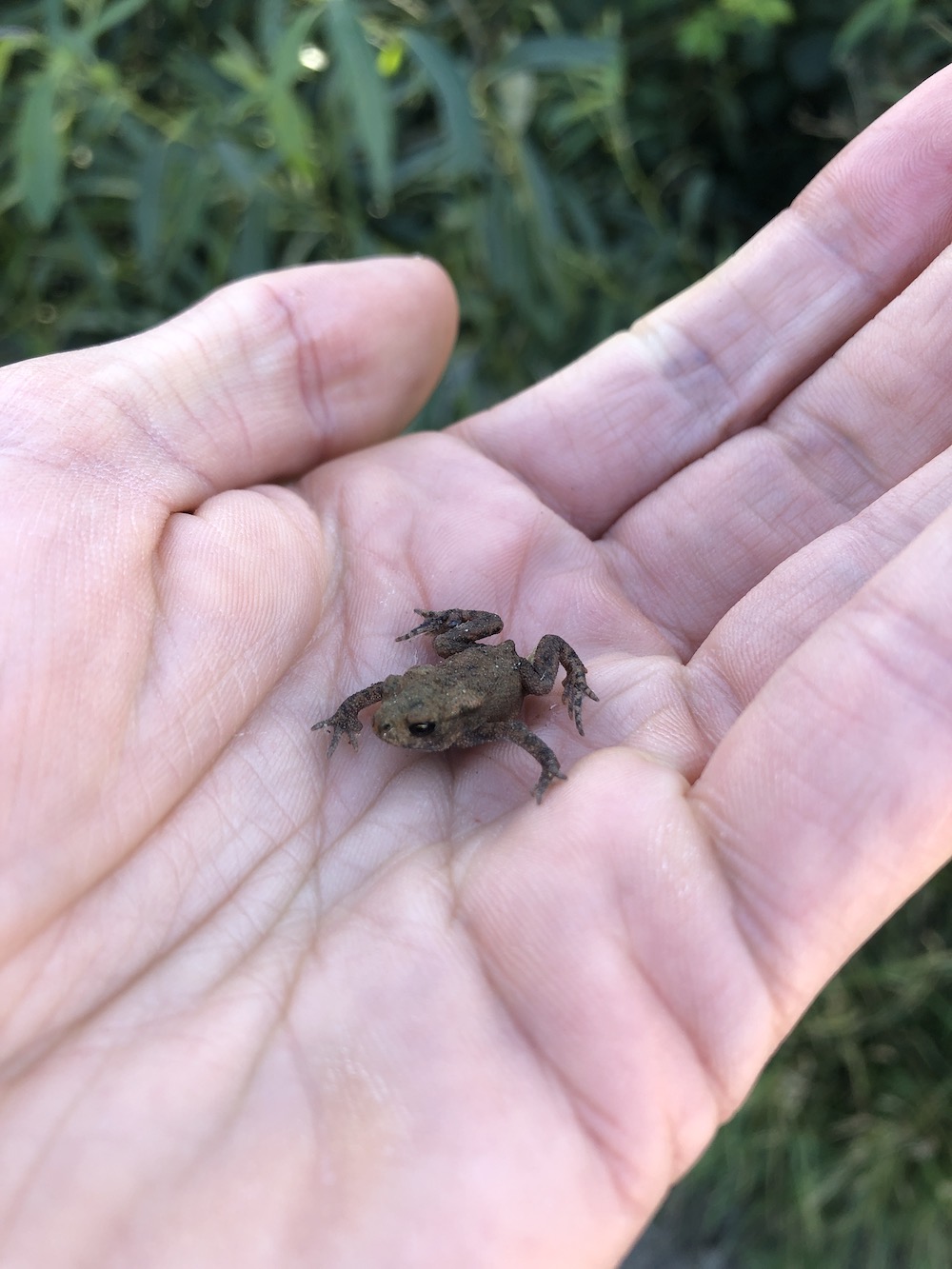