Good sense, and being neither a mad dog nor an Englishman, meant I stayed out of the midday sun, and instead bookended the day with two identical walks along the edge of East Warwick and back up the central path. What, other than the direction of the sun, and a few degrees of temperature, distinguished the two from one another, I wonder? 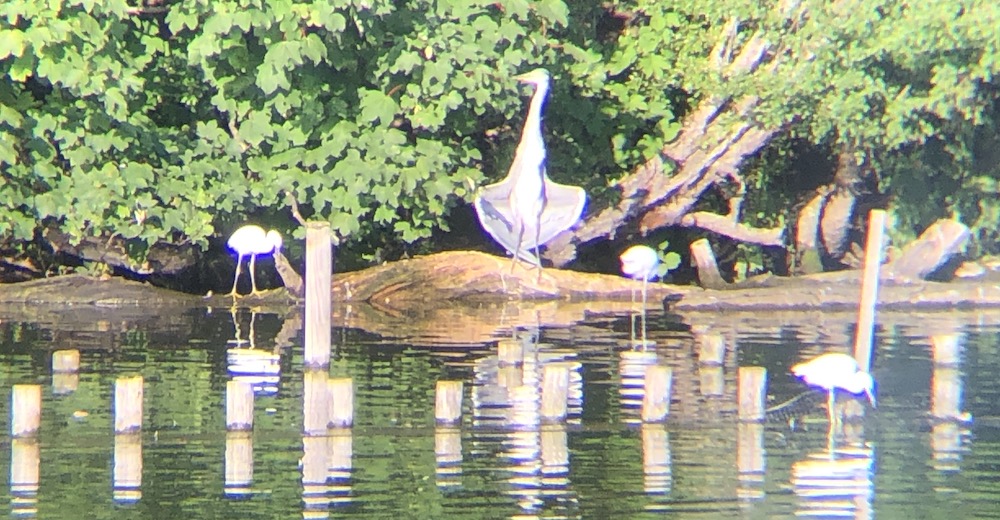 A young Great Spotted Woodpecker tries, unsuccessfully to negotiate its way into a cherry — when your head’s the head of a woodpecker, every fruit looks like a nail… or something like that. Not having acquired the geometric balance of the adults, that could be painted by Mondrian, it has the black and white colours arranged in prison tattoo swirls on its neck. It’s red crest would fit right in at a rave. this woodpecker is the most Generation Z bird I’ve ever seen.

About a month ago, when I discovered how easy it was to cycle to, I spent a few enjoyable afternoons at the southern edge of Epping Forest, where it pokes into the East side of Walthamstow. In the small patch of tress there I discovered an astonishing six woodpecker nests, easy to find due to the irritating “chick-chick-chick…” noise the chicks make, and their habit of poking their heads out of the tree hole to get a feel for the surrounding area.

Finding six nests was really something , but they are surprisingly common. I’ve seen them on many occasions right in the heart of London. Listening out for their distinctive metallic “chip!” calls — like a rivet being hammered — and looking for a bird the size of a starling bombing across from tree to tree will pay off in pretty much any public park. The best thing is that, despite their everydayness, they’re still woodpeckers, and I don’t think any degree of familiarity will be able to rob me of the feeling that they are just a little bit magical.

Sitting down by yet another bush, I waited for half an hour, absorbing the acrobatics and gossipy songs of a dozen goldfinches, a well-lit song thrush — 8 o’clock, and the sun was low now —, several well turned-out juvenile blackbirds. A lesser whitethroat put in a special guest appearance and a few dunnock, reed buntings and greenfinches turned up for the odd cameo too. Add the increasingly ubiquitous young blue tits to the canvas, and a few reed warblers stepping through the twigs like they were lily pads, consuming every moth, damsel fly and wasp in their path, and it amounts to a calm little Serengeti of the suburbs.

Over which the sun has now set. 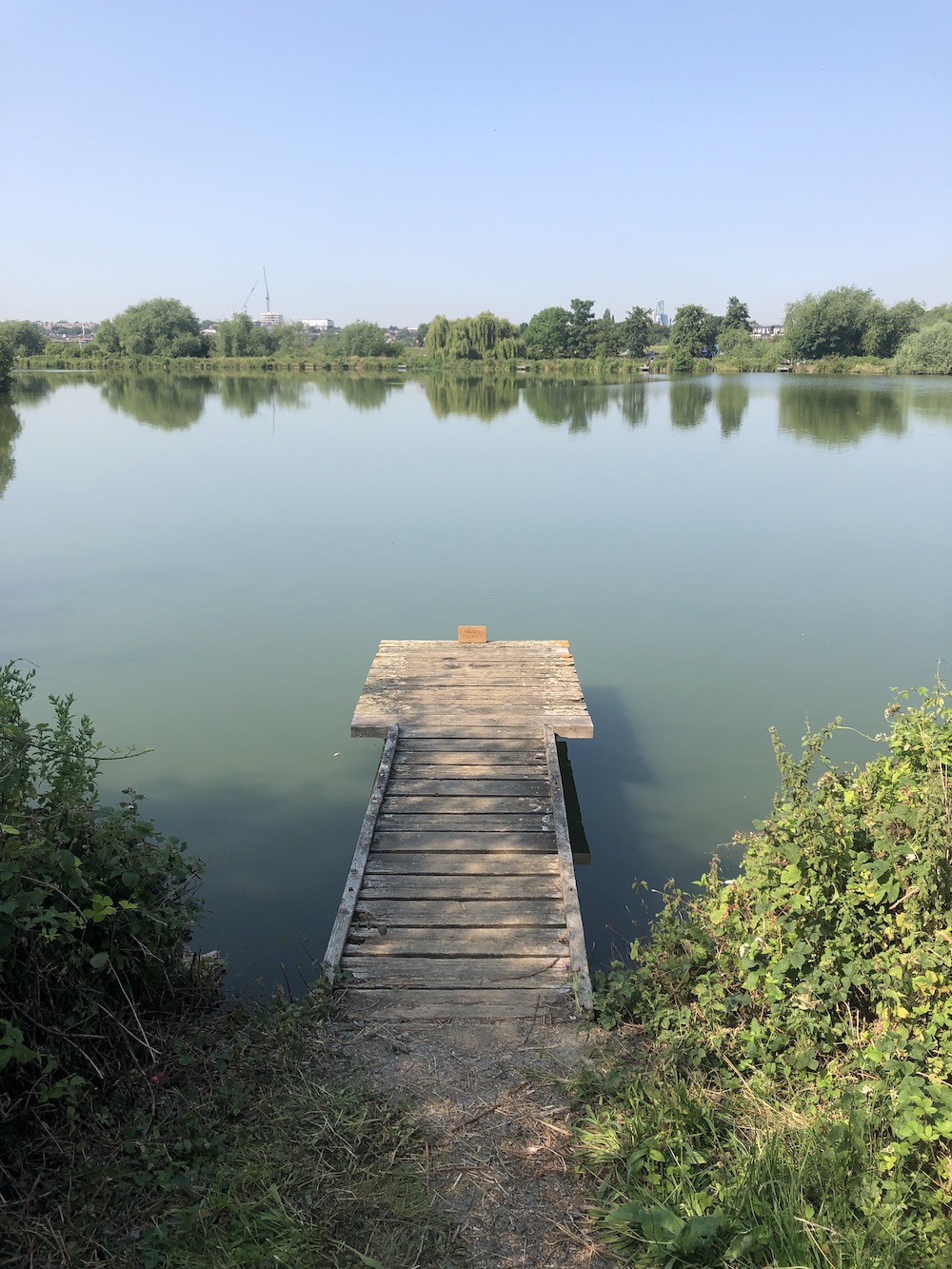