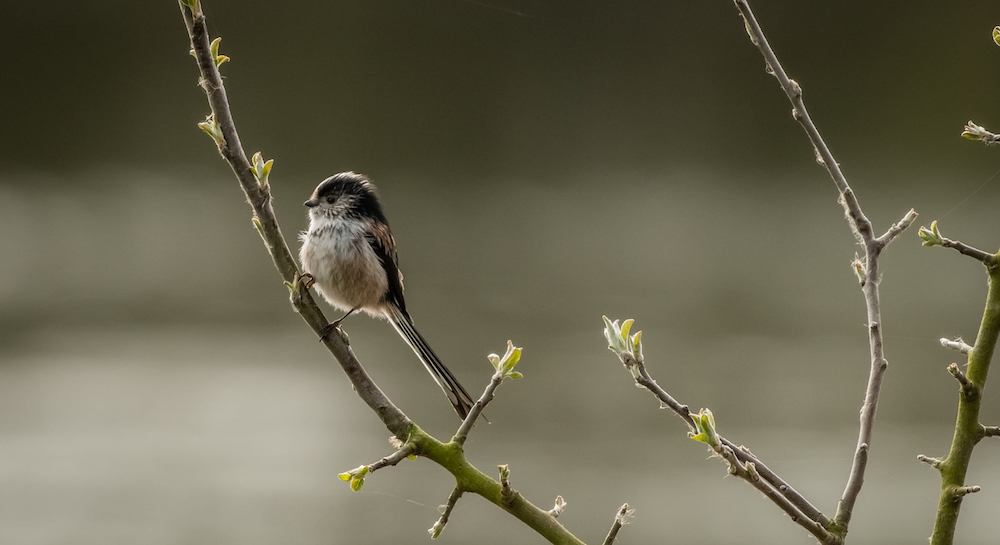 A subdued morning to a subdued day. A chill in the air, lifted at 8 o’clock by the sun invited in by thinning clouds.

Nothing much to see around the calm waters of lockwood. A shepherd heron tends a flock of coot (maybe “cotherd” is the word?) and a single dramatic swift catapults into the air at an exponential rate.

Song thrushes sing their far-carrying battle cries from one tree in ten and the peregrine atop the pylon basks like a snake on a rock. A flock of 24 linnet fly in “web of ping-pong” formation, and float down to hide in the weeds.

Two pairs of terns compete in the synchronised flying competition, the trailing member of each pair immitating its leader’s motions exactly. Over on hte other reservoir one of this year’s fledged terns practices diving, but pulls up early, not yet brave enough to touch the sinister water.

Leaving, with nothing to write about, a mixed flock of blue and Long-tailed tits crosses my path, each one passing by at eye level. They look fake, like animatronic creatures from an early eighties sci-fi fantasy film; their flight is too weak and un-bird-like, too regular in its bounciness; their tails are longer than their bodies and not at all realistic; their necks are non existent and the torso plus head forms a neat ball of wool — utterly preposterous. The wafer thin calls were made on a casio keyboard and speeded up. Do they think I was born yesterday?!

It was a subdued day, but I’m right angry now.

I’ll give them something to blog about!