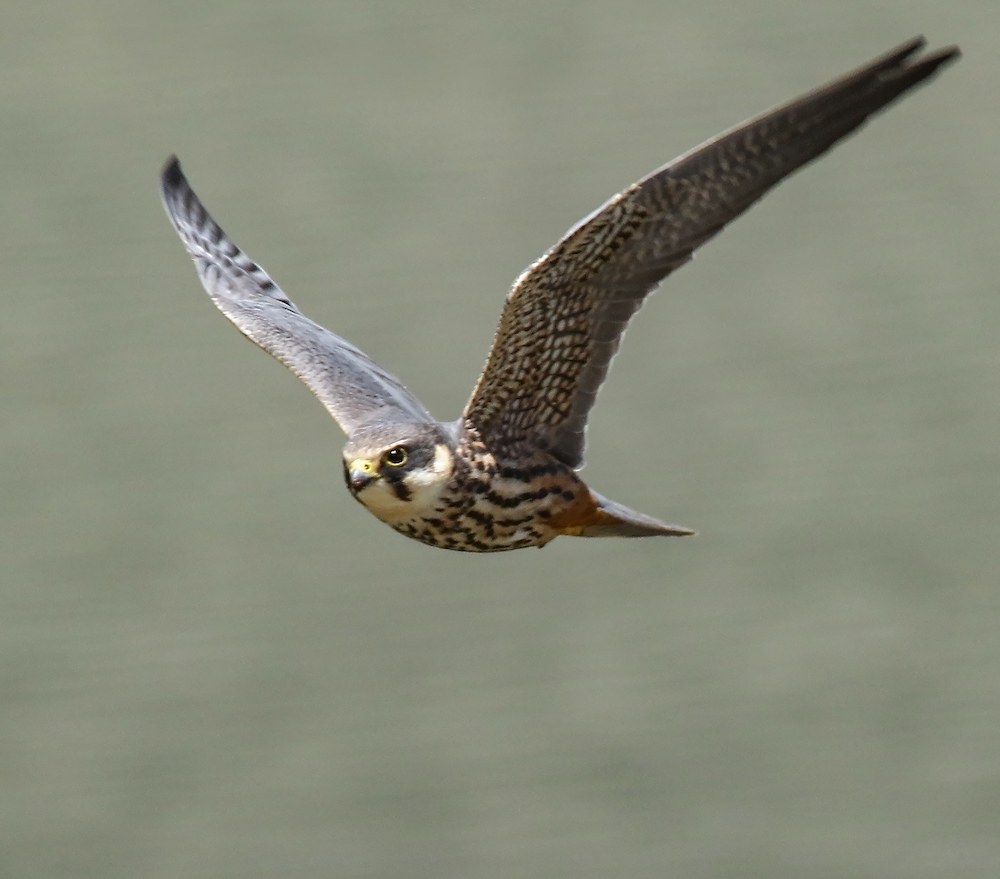 The weather is still not tired of being windy, and I am not yet tired of experiencing and writing about it. Every day’s wind is different, with so much more personality than the little arrowed circles containing numbers on weather maps give the lie to. Each day for the last week will have been represented by a number in the teens, with an arrow pointing somewhere between upwards and to the right but no two days have felt the same. Today’s gusty, impish air combines with the silvery light of a resurgent sun to give the feel of a wiley, windy moor. The low-lying plants bent over to show the undersides of their leaves, the fruit trees in the allotments howling, the dried grasses rippling and racing. And the steady pressure of an invisible upland hand resisting every step.

The water on Lockwood bashes against the concrete in an incessant chain of ankle-high breakers. The water weed growing just below the surface all aligns along the same axis, dragged along by the undertow. The entire body of water acts like a weather station, the water and weeds tracing the speed and direction of the wind, while each gust hits the surface and leaves an imprint looking like a slowly exploding firework.

The birds seem befuddled by the wind’s boisterousness. An egyptian goose has its thigh and belly feathers back-combed into a magnificent pair of pantaloons. A pied wagtail, suffering a similar fate, is almost blown inside out. I see far more of the pale bellies of linnets than usual as they are tossed almost upside down after take off, and a stock dove — taken in hand by the gale — flies along at a pace I’m not sure it’s entirely comfortable with.

At the far end of Lockwood I can see a number of small gulls fluttering above the water. They will almost certainly all be black-headed gulls, but the silver light of the sun does gives their wings a very clean burnish, so I entertain a hope that one or two might be their paler cousin, the mediterranean gull. I hurry over — not pausing to look for the kingfisher I hear go by near the canal — As I get closer, I’m proved wrong, but they are still delightful to watch. As if in answer to yesterday’s post about the adroit hovering of the kestrel, those in flight all face the wind and, with gentle, tentative demi-flaps of their pale wings, hold still a few feet above the water, occasionaly dipping down to pick whatever it is they eat of the surface. A bunch of them stood on the gravel beach, or bathed nearby, including two of this year’s young, wearing a patchwork of country-chic browns and greys.

On the walk back down the public side of the reservoir I notice some people camped out on the steep grassy bank, enjoying the sun and the wind shadow. I’m inspired to follow their lead and pick my way though the scratchy, intractable patches of wildflowers and find a barer patch of grass to sit on. Again, I am struck by how reminiscent the day is of a ramble across the moors, pausing on a grassy hillside to look down at the fields and villages below. The difference being that here I look across, not down, and the view is of teh two Maynard reservoirs, followed by rows of houses climbing toward the William Morris gallery and Lloyd Park atop the Walthamstow plateau.

Over the reservoirs dribs and drabs of sand martins continue yesterday’s migration. In the strange, metallic light that falls on everything today they can look anything from pure white to pitch black as they toss and turn on the breeze.

I slowly scan the sky through my binoculars, hoping to find a buzzard — they do sometimes drift south from Epping Forest. A few swifts speckle the sky, and then among them a larger bird. My birdwatching fingers rifle through the rolodex of species in my head, coming up with a shortlist then ruling out first woodpigeon (pointed wings swept back, but too slim), and then kestrel (too lanky in the wings), and am left with the one remaining possibility — I am at last looking at the local Hobby once again.

The hobby is something of a shape-shifter. They’re often described as flying like giant swifts, and there is some truth to that, but unlike the swift, whose scythe-shaped wings are permanently locked into that shape, hobbies have a flexible repertoire of poses. When I first see it today its wings are very “elbow-y” — outstretched and slender, but with a go faster kink midway along. When flying like this they remind me of Toothless from “How to Train your Dragon”, seeming to hunt the very air with an eager, playful energy. A few years ago I was staying on a friend’s boat in Reading in the spring, and on an early morning walk I stumbled upon three or four newly arrived hobbies chasing dragonflies with angular-winged aplomb. Still one of my fondest birdwatching memories. As is the first time I ever saw one — a surprise arrival slicing in to hunt the swallows I was watching outside a farmhouse near Wrexham.

As it drifts higher and further away it seems to become broader winged, almost peregrine-like. It’s a mystery to me where this extra breadth comes from, but I’ve often noticed it when watching them soar. Maybe they have special extensible flaps, like the ones aeroplanes roll out to land. In May, I watched one circling above me on an evening in Millfields Park and it tried very hard to convince me it was the much rounder-winged kestrel (but comprehensively failed to fly like one). It’s not the first time I’ve seen one there either. They are perhaps one of the more unexpected birds that one can see with some regularity in inner London.

It continues to soar up and up, and it is with difficulty that I continue tracing it across the sky. Up to a certain distance, birds can be lost from the field of view of the binoculars, refound with the naked eye, and from there returned to their position in your augmented sights. This “bait and switch” is, I was surprised to find when passing my binoculars to a friend a few months ago, a learned skill, and many people struggle to find with the binoculars the object that their eyes can find with no difficulty.

The hobby passed this threshold in no time and my eyes remained glued to the eyepieces, knowing that it would already be invisible to the naked eye. Many’s the time that we birdwatchers stare longingly at unidentified remote specimens, willing them to reveal something of their nature. I watched the hobby begin as a distinctly bird-shaped object and shrink until it became a distant speck, alternating between dark and light as it banked to show its belly or its back. It showed its micro-silhouette one last time, then turned pale and passed through the event horizon, falling into the white hole of the clouds, never to reemerge. 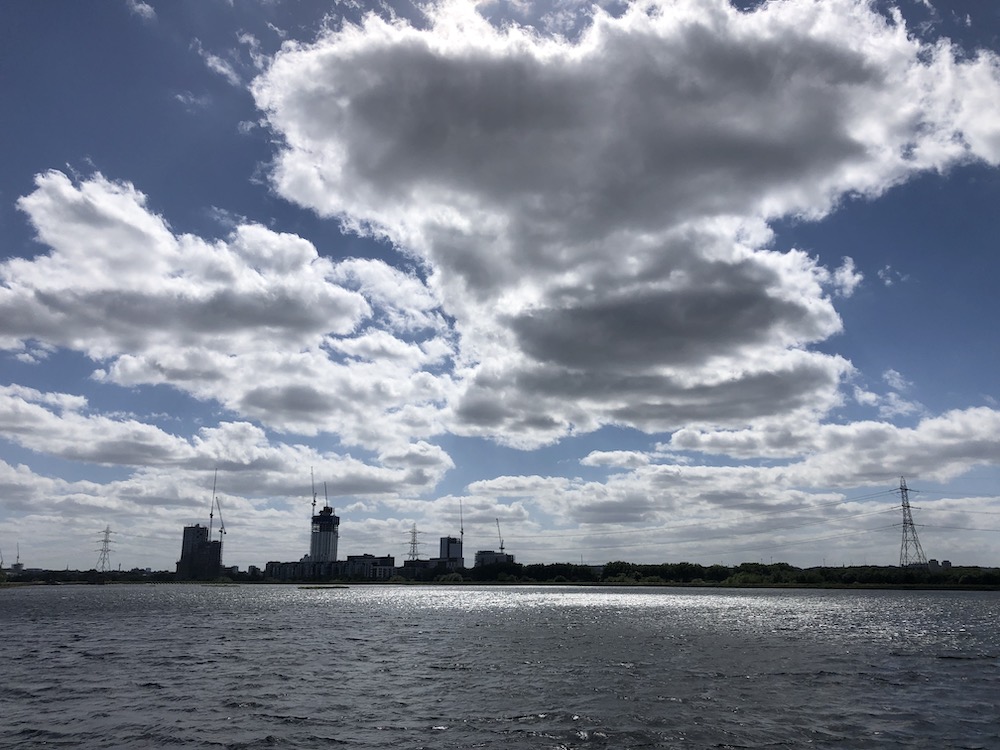