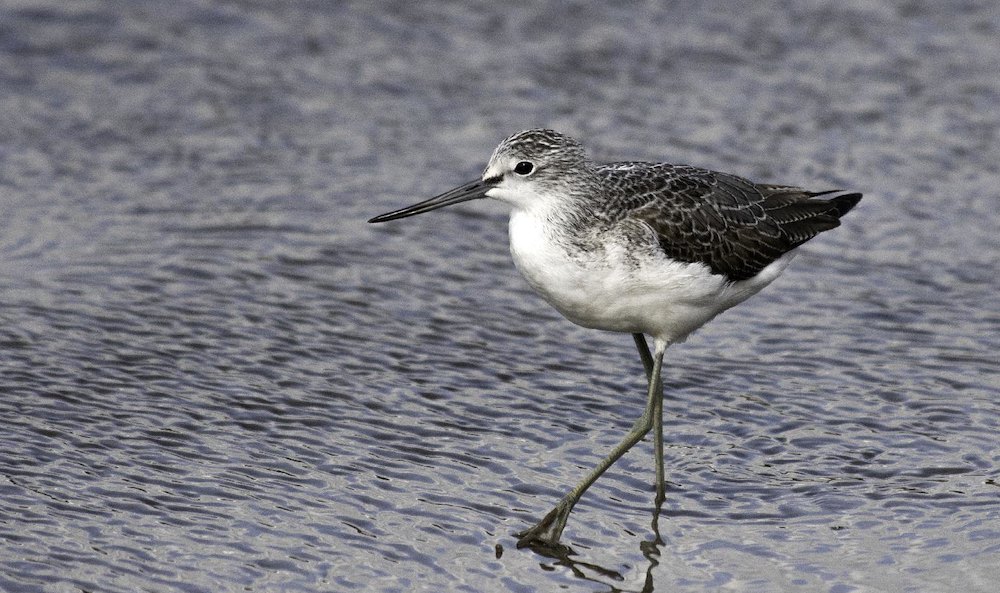 Yesterday I hurtled down Coppermill Lane on my bike, tyres gummy from the heat, in pursuit of the Greenshank just reported. I stopped momentarily to peer through the railings across No. 5, but if it was still there on the opposite bank it was too distant to pick out. Back in the saddle and into the reserve.

No time to lock up, I walked the bike along beside me and, following the curve of the lake, was able at last to see the bird. Ahead of me a fisherman, with bronzed bald head and rod at the ready, walked a little faster than I did. Drawing close I found found three fellow birders sunning themselves on the concrete bank and we all held our breath as the fisherman took the wrong fork in the path — the right one — and executed his plan to scare the bird away.

But the plan failed. He set up his stall ten yards and a crucial few degrees of curvature away from the wader, and it stood patiently by the water’s edge. Peaceful coexistence was preserved. The uneasy truce between the birders and the anglers would not break today.

Greenshanks are, to my eyes, a bit odd looking. Like a wader stood in a hall of mirrors. The bill slightly too thick and warped upwards, the body squished into a slender horizontal lozenge and the legs just right for a far mre graceful bird. Today’s looked even more peculiar; a young bird, I’m told, with a slightly shorter beak and a slightly dishevelled appearance. It looked exhausted from its overnight flight, and on the verge of keeling over. But it had, just about found sanctuary. Albeit an uncomfortably hot one.

This morning, rising before the blazing sun, chained up behind clouds threatening to throw a stormy tantrum, gained its power the stroll was marginally more enjoyable. Though still in need of aclimatisation each time a small chink of sun broke through.

Black birds dominated the pigeon blue-grey scene. A hundred starlings gobbling up morsels from the damp algae. The welcome return of a few swifts, though behaving far more demurely than at their peak. A comedy of coots sprinting across the water like greyhounds charging from the gate at my approach. And raiding parties of cormorants charging at the sky like bats.

Quite the day for the first young willow warbler of the season to return, far brighter than the parents and glowing yellow in the bushes despite the muted lighting. And a pleasant view of a hobby heading purposefully south, not stopping to explore the local dining possibilities. 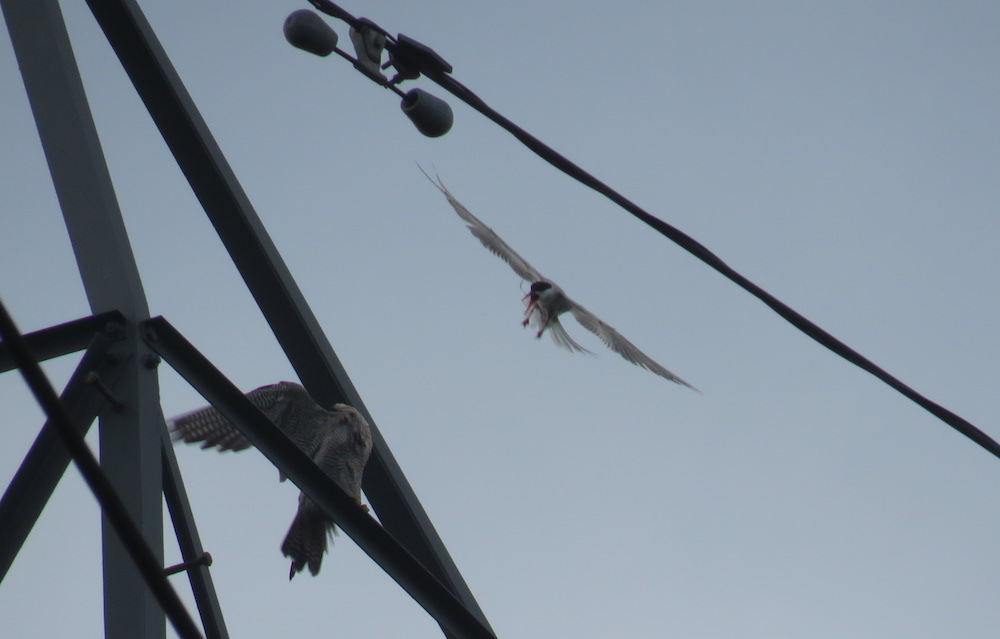 An angry tern, _keek_ing and occasionally screeching like a jay drew my attention to the top of the central pylon. There a peregrine sat, patiently avoiding, or sometimes fending off with a raised talon, attack after irritable attack from the intolerant little seabird. After a second tern drew nearer to double the attack, enough was enough and it Made its departure. Coexistence can be so hard on this crowded earth. Especially on an uncomfortably warm day such as every today this week.

Arriving back at East Warwick I sat and peered across at the distant west bank — the greenshank had been seen again earlier. With no luck, I rose to walk back to the bike, but heard the distinctive tiew tiew tiew call comming from, so I thought, quite far away — normally it’s a loud, crystal clear call, but this one had space between us.

But I was wrong. Another step and it flew up from a few metres ahead. This time it had lost its nervous hesitancy and called Tiew Tiew Tiew loudly, with the defiance of a cocky kid cat-calling over their shoulder as they run from a fight they know they’ll lose.

But I was no fight. If only I could explain. There is something tragic in the fear creatures have of man. As it circled the lake once — almost settling to land on the tern raft before rethinking — and flew away to the south, gaining height and prevaricating over the exact direction, I was filled with sadness and embarrassment.

I don’t think I quite managed to shake it off all day. 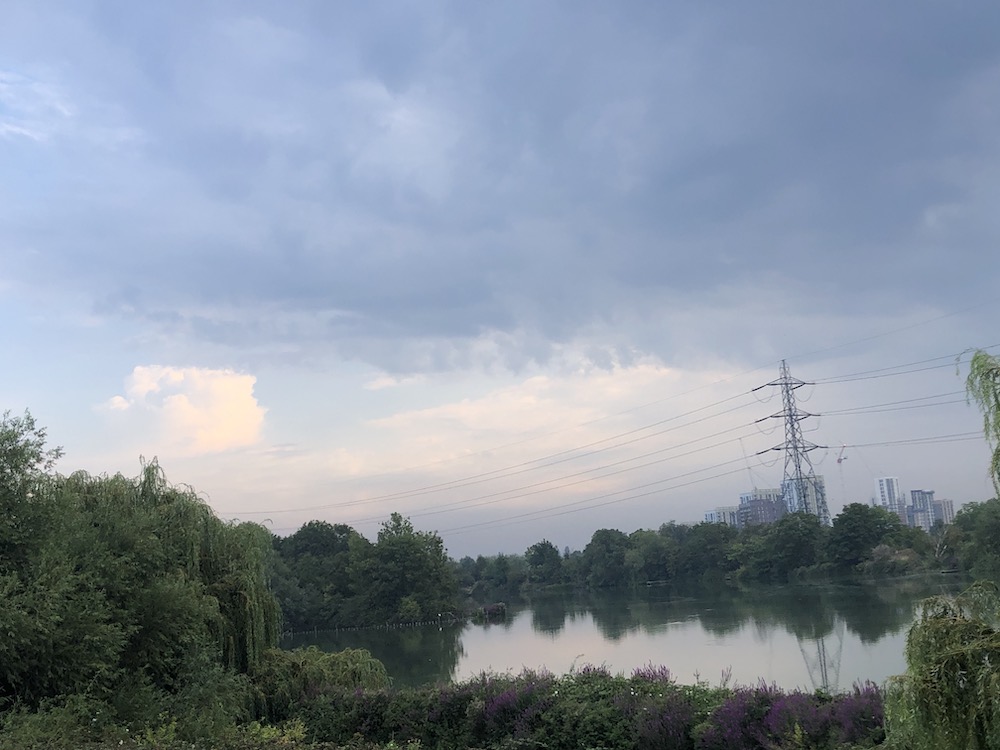