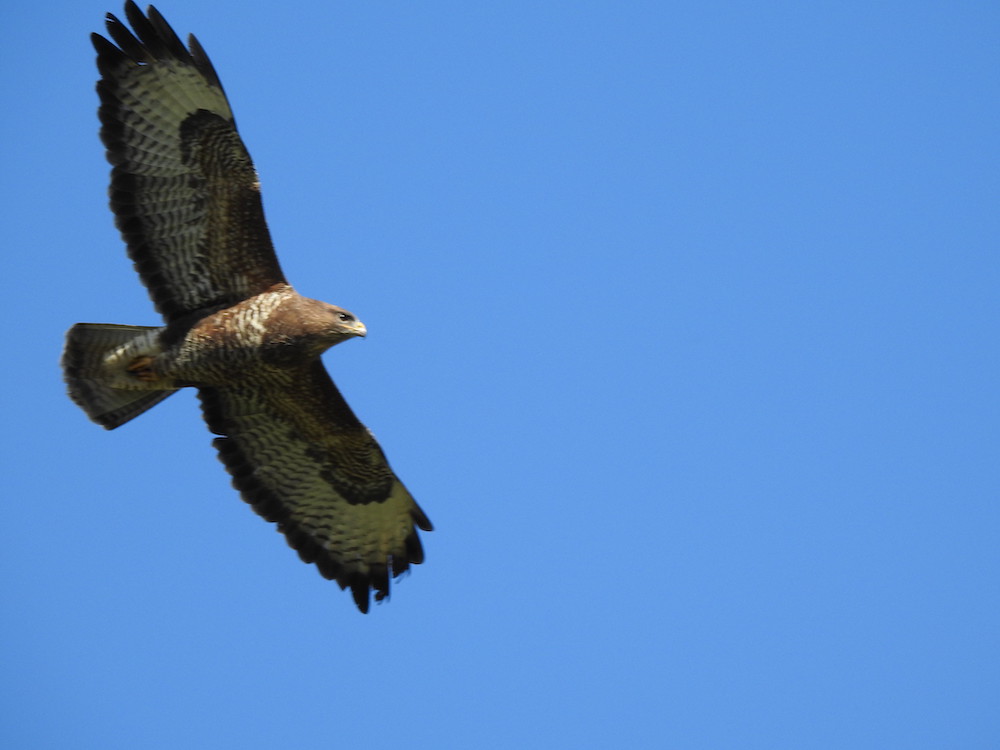 Sometimes it’s not about the birds.

Which is just as well, because somebody turned the bird-taps off last night.

Sometimes it’s not especially about the weather either.

And again, this standard, insipid July day would’ve disappointed if it was.

Sometimes — heresy! — it’s not even about writing this blog.

It can be purely about pacing the earth and slowing the heart to a pace more suitable for what is far from a finely tuned machine.

So today I took the afternoon to walk and walk and walk, covering almost every inch of the reserve. It began with a spurt of pace up the far side of Lockwood (driven on by a fisherman raver blasting out some bangin’ tunes). The water, blued by sky, lay luscious and deep beneath the swans and ducks. And a black-headed gull youngster, dressed like a country gent in tweed, floated innocently on the great stillness beneath it.

Down the back of High Maynard gangs of starlings raided the blackberries. Starving guests finally let at the wedding buffet. The youngsters still mainly faun coloured, but with irregular patches of black and white polka-dot, like the oft-mended dungarees of a very naughty child. Linnets, goldfinches and a single neat sparrow joined them, more to escape me than to eat. A single, neat male sparrow ran along behind — I do hope his flock did well this year.

Back up the Maynards causeway and I stopped for a gulp of water. The hike — which will be 7 or 8 miles by the end — was beginning to sap my energy, poorly supplied by a light lunch. In the birdless, weatherless air I was also unconsciously driven to provide my own refreshment in the form of a more brisk pace than usual, and my calves were beginning to ache. While drinking I searched for the reed bunting announcing itself with its newspaper hawker song. Sand martins were out in modest numbers. Their grating calls filled my ears and I scanned the sky to follow a few in flight — earlier today somebody had seen some swallows.

I climbed back up the Lockwood embankment, foot over foot on the loose, weed spattered soil. Arriving at a spot close to where I watched the hobby a few days ago, I spotted a Buzzard, crow-like among the crows, but bigger, with deeper wing beats. Seen through binoculars its mottled, mirrored pattern of brown panels emerged from the black silhouette, and a space for a missing feather appeared in its tail.

Buzzards are the poor man’s eagle, though as a young welsh lad I wasn’t to know that, and they were as eagle as could be to me. And indeed, they tick all the boxes — hooked bill, piercing eyes, shaggy bear body and broad, blacksmith-palmed wings, hanging on the back-country zephyrs and crying freedom, magical freedom, as they circle up and out of sight.

And big. The biggest bird of prey you’ve ever seen. Magnificent and regal, prince of its mountain dominion.

But not as big as an eagle. In the same way that a trip to Scotland or the Alps makes my native welsh mountains seem like dainty molehills, so comparison with a golden eagle renders a buzzard rather pathetic.

But we’ll not talk about that.

The buzzard flapped a few times until it gained a thermal, and then circled higher and higher in the sky, ignoring the sand martins that initially darted up to mob it. How they find thermals — the rising columns of warmth that invisibly churn the summer air — is a mystery to me. A little later I found a magpie feather and, holding it in the breeze, felt the quill vibrate as the breeze resonated across the vane. Perhaps they feel this sensation all along the back edge of their wing when a thermal rushes in. Shivery pleasant, like a barber’s trimmer buzzing along the neckline.

Taking my binoculars down to write down a few thoughts, after not more than fifteen seconds I looked up again, but the buzzard — second biggest bird in the sky today (after a great black-backed gull I came across later) — had disappeared. Back to the semi-wild forests of Epping, quite enough vagabonding for one day.

And despite my eight mile walk, that’s really all there was today.

But it’s not always about the birds, is it. 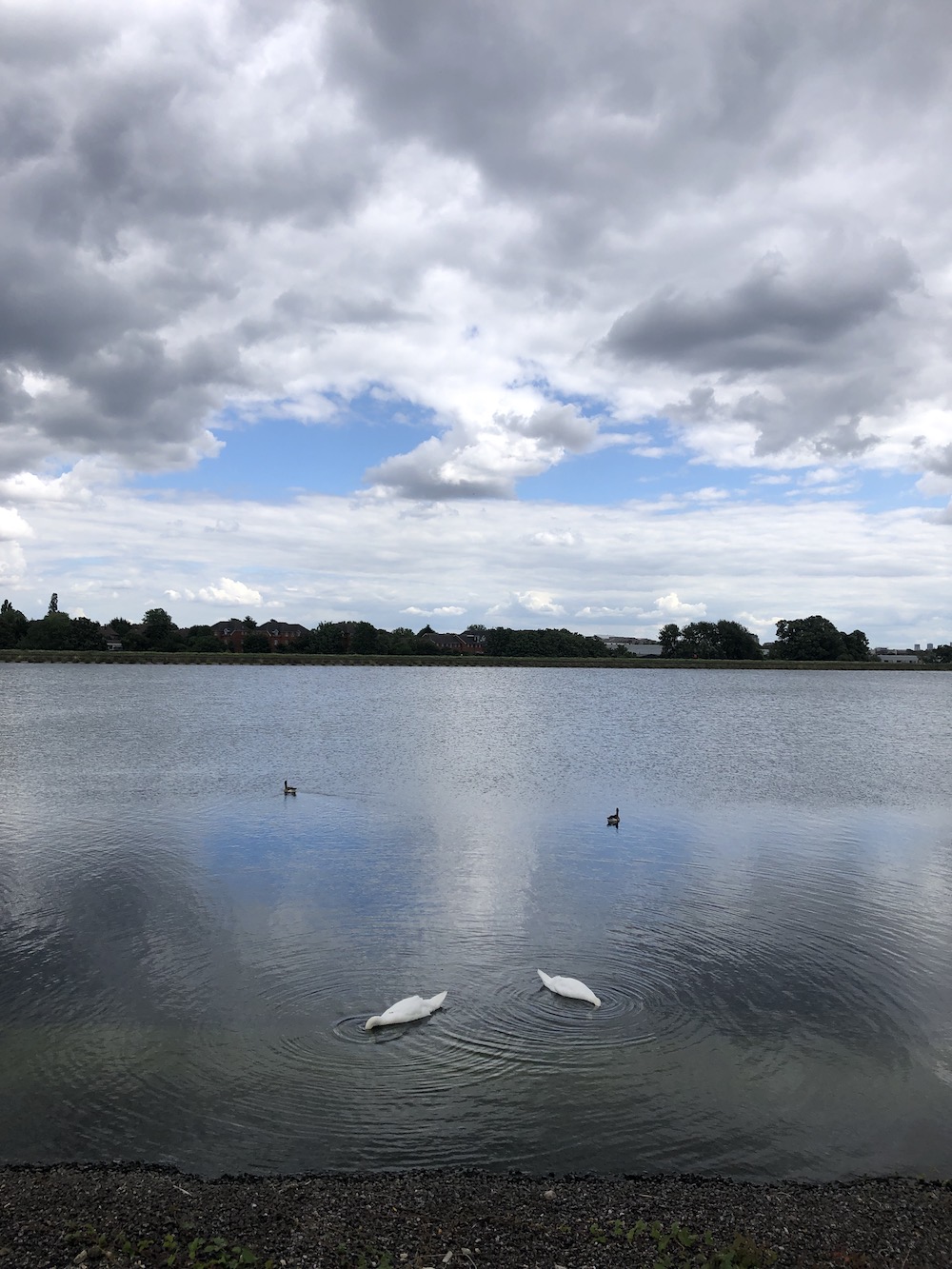