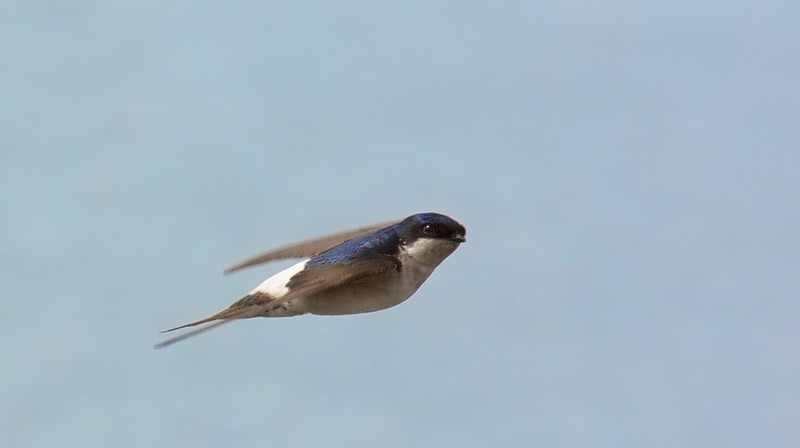 Stopping off on my cycle to B&Q to take a closer look at a Grey Wagtail, my forearms acquired a light dusting of tiny flies. Humid and overcast, and not too cold, insects fill the air on days like these.

I’ve always assumed that they coordinate their emergence from millions of pupae for a brief flight to find a mate, and that atmospheric conditions are the trigger. But, like songbirds going to ground on windy days and then flitting busily about the following day, maybe they are there all along, only sheltering.

Parking up at the bike racks and laying the 2m post I’d bought to rest on the ground (safe, surely - no one would nick a piece of wood… off the ground… at a nature reserve… would they??) I sauntered off down the central path, where two canada geese — an unusually large male and small female — stood guard.

The central path, which winds its way between reservoirs Number 1, 2 and 3 (by the end of this series of blogs, I will try to give them better names), is closed to the public during the summer months because it overlooks the heronry. Rooks have their rookeries, Gannets have their gannetries and Herons have their heronries and, as far as I know, that’s the full extent of self-referencial naming of birds’ breeding colonies (unless you count the artificial Abbotsbury Swannery).

I’m not sure why Gannets, in particular, deserve to have a special word minted just for them; their breeding habits are not exceptional as seabirds go. The vast majority of their fellow cliff and island nesting species also gather in enormous, noisy, guano-spattered festivals of chick-rearing. In fact, we have a colony of their close relatives, the Cormorant, whitewashing the trees of the No. 5 reservoir islands with their faeces every year.

But I can see why Rooks and Herons get such special treatment. Very few of our inland species nest in colonies. Not being constrained to find a spot on the edge of the land, next to their native habitat of the sea, land-lubbers can — and generally do — spread out, needing nothing more than a suitable tree, bush or scrape of earth to lay eggs in, all of which there is a [rapidly shrinking] abundance of.

Herons and Rooks, however, nest together in the tops of trees, using the same nests year on year. Herons will usually choose trees on an island in a lake (they are waterbirds, after all), whereas Rooks favour trees in a copse or near the edge of a large woodland. Both are noisy affairs, and are visual landmarks, both in their own way; the herons slowly turning their unlucky trees into ghostly wrecks, and the rooks’ nests pimpling the treetops with dark spots, while the birds congregate above.

The crematorium gardens in my hometown had a vocal Rookery. It would solemnly broadcast a chorus of drawn out caws — mellower and more speech-like than a common crow’s — over each funeral. I’d gaze up in wonder as they repaired their nests each spring — curious highlight of every April 10th, when we’d visit to pay our respects to my father. When I attended an old neighbour’s funeral in February they had gone.

I wondered on, past the poplar trees shwoosing in the, from time to time, substantial breeze. Their brittle, fallen sibling, toppled in the February storms (how long ago that seems), lay across the fence, still crushed and unrepaired, and the trunk still intact and un-logged. Non-essential work.

Over towards No. 5 I could see swifts — dozens of them — skating circles and figure-eights through the air.

Days like today, the air thick with insects, particularly close to water, are almost guaranteed to attract swifts and hirundines (the term for swallows and their relatives). The abundance of insects I liken to the opening of an ikea store, with each bird rushing to fill its trolley in case the shelves are stripped. I had assumed today marked the bloom of a particular species of fly, but tiny midges, leafhoppers, moths, aphids and thrips all landed on my legs to be photographed. It’s a buffet, not a set meal. 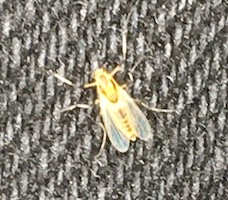 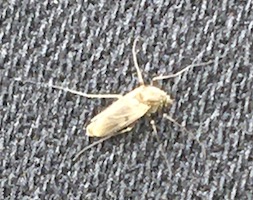 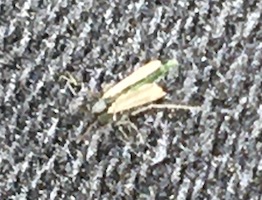 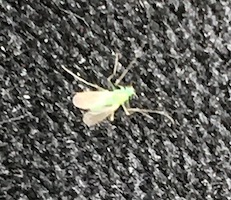 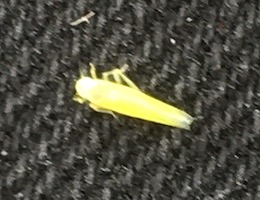 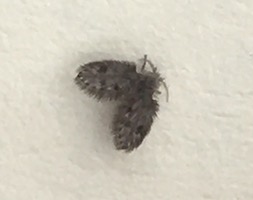 Which birds will be feeding on this menu is anybody’s guess. Sometimes the sky will be full of swifts with only a handful of the other species, and on other days sand or house martins will be all there is. Today was fortunate in having dozens, if not hundreds, of each one.

But it’s the House Martins that delighted me the most.

For city dwellers the sight of a swallow is a rare thing as they are primarily birds of the countryside. Sand martins are also less frequent a sight, restricted to areas close to the sandy river banks where they nest in arrays of patiently dug tunnels. But house martins can be found (in reduced numbers compared to years gone by) wherever there are suitable eaves under which to attach their mud cup nest.

Bright white underneath and blue-black above, save for an equally bright white rump, they dart playfully along, drinking the air with little slurping sounds or, more humorously, sounding as if they are propelled by a constant stream of tiny farts. Elegant and graceful compared to most other birds in flight, the house martin is still the most mechanical, least fluid flyer of its family, but still a joy to watch. With a longer, more deeply forked tail than the sand martin, they manouver in a sometimes angular modern dance. One flies within inches of my ear, chirrupping loudly; what are you saying, little one?

There always seems to be some chase or other going on, with orderly queues of three or four birds forming in pursuit of a meal or each other. They are far and away the most garrulous of the three species dining out on the lake, always engaged in gossipping, or perhaps trash-talk. The sand martins progress mainly in silence, occasionally updating each other over a crackly walkie talkie. The swifts, despite their reputation for screaming, were largely silent today. Perhaps their mouths were full.

As they all feasted, I sat by the lake and wide-eyed watched until my shirtless arms grew cold. Turning for home, the air above the lake was still drenched in birds.