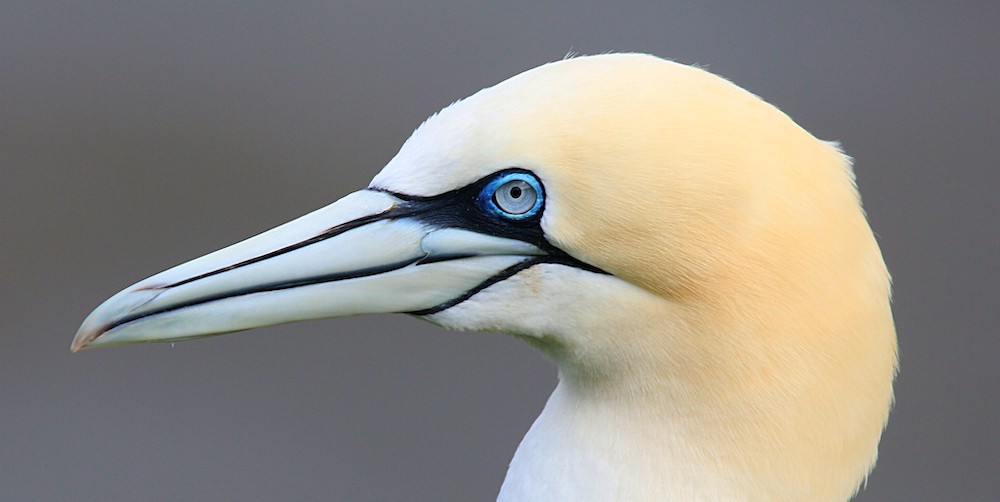 I have been a terribly lazy blogger of late.

The birds of Walthamstow have been far from boring. Some old friends — whinchats, red kites, yellow-legged gulls and the occasional dapper, late lesser whitethroat — and some new — bubble-headed stonechats, stocky wheatears probably originiating from Greenland and the tamest black-necked grebes I’ve ever seen — have been crying out for an autumn update for some time.

But they’ll have to wait for another evening of writing, because today’s highlight was something really special — a Gannet lost in the city.

The weather pops up almost as often as the birds in this blog. Sometimes providing mood music, sometimes a prop wielded by those skilful swashbucklers of the air (mainly swifts), and sometimes the producer, director and auteur of the entire scene. Today falls into the latter category.

Stormy weather has many plotlines up its sleeves. At the grandest scale, the right weather system pushing across the Atlantic or Siberia can, a day later, deposit a smattering of bewildered rarities on our shores. At the micro level, more often than not a mighty wind keeps the birds hunkered down in their brambley bunkers. At the mid scale, particularly at the coast, the wind can divert the migration paths of birds a few dozen — or perhaps hundreds — of miles, bringing birds destined for Holland or the German Bight onto the east coast of England, and pushing ocean wanderers, accustomed to life far from land, close enough to pick out as a tiny speck slaloming its way between the waves. But, for the skilled seawatcher (which I most definitely am not), these specks passing by the lens of a patiently watched telescope from time to time offer rich rewards for braving gales lashing against exposed coastal promontories.

For those of us living away from the coast, such storms will occasionally drive a few of these specks inland, where they — even they! — must take a break from the endless roaring of the wind and the waves. A nautical nomad, a skua or an auk perhaps, may turn up at a local lake to catch its breath before, if all goes well, heading back out to sea once the gale has subsided. And this is a primary the reason why I, and other birders nationwide, don the wind and waterproofs and head out in the most inclement conditions to walk the bounds of our nation’s water bodies. Until today, this hope of finding a fish-out-of-water seabird taking a well-deserved break had proved fruitless, but finding a Gannet virtually on my doorstep breaks the losing streak in style.

Gannets are one of our largest birds. Superficially they look like a seagull — mainly whiteish with black wing tips — but are closer in size to a large goose. The adults’ heads are also dusted with fine shades of yellow, as if done up by an avant garde makeup artist for a fashion enfant terrible’s debut show. Most striking of all though are their wings — slender and about two metres long, the gannet is the closest thing we have in the UK to an albatross*. Not only this, but they are spectacular fishers, diving from great heights (let’s say about the height of an old sailing ship’s rigging) to catch fish beneath the waves. Best of all in my view (and the reason I picked the photo at the top of this blog) is the unnecessarily complex tesselation that comprises their beaks and faces — a pen and ink drawing with all the mistakes left in because, according to the artist, “It just looked right.”

Today’s visitor was a somewhat less well-presented juvenile, mainly greyish brown, with the not-unattractive stippling of its feathers not really visible from the distance it was at. I was initially drawn to it by a small squadron of gulls congregating to mob something. Normally that indicates a bird of prey of some kind, or merely some internecine hijinx between the various gull clans, so I was astonished to find the object of their umbrage was a majestic gannet, making a silhouette of a cross as it banked in the breeze and floated down to the surface of Lockwood.

It settled on the water, looking typically goose-like as it sat with its head held high. The gulls would not desist and after a few minutes of relentless dive-bombing it unfurled its space station solar panel wings and flapped a lugubrious path through the air, circling the reservoir as the gulls gave tiresome chase. The size disparity was made particularly obvious by the sight of a lesser black-backed gull — not a small bird by any means — reaching out with its legs and momentarily perching on the gannets shoulders as it gave it a shove.

After a few more attempts to mind its own business and shelter from the storm the gannet’s patience must have been stretched too far and it flew more puposefully south, slowly gaining altitude…

… and flew into a power line. I saw its wings retract in shock and a couple of giant webbed feet back-pedalling as it plumetted to earth behind a stand of trees. I’m no sentimentalist — I love animals, but tend not to get overly mushy about the travails of their lives — but this was incredibly distressing to see. I started to type a message to the wildlife wardens, and turned on my heels to walk quickly back to my bike to rush over to find it.

And then it was back, making its way back up the reservoir, this time on my side of it, and passing within fifty metres or so. A beautiful sight at any time, but laced with the scent of the miraculous today. How it survived I don’t know — I guess hitting high-power cables is not lethal every time, and this nomad got lucky.

It settled back down on the lake, with double the recovering to do now, but did not stay long. This time it went north, and my heart was in my throat as I watched, through the reduced depth perception of the binocular lenses, it progress past… through… over… behind… beneath… an obstacle course of pylons stretching away for miles up the Lee Valley. I hoped to god it had learned its lesson by now and, as far as I could follow it, it seemed to have done.

Reassuringly, reports coming in from other birdwatchers indicate that it followed the River Lee as far as St Albans (even staying true to its westward bend around the north of London), before heading soukth down the Colne Valley, last seen in Rickmansworth. With any luck this means it’ll find its way back to the Thames and head back out to sea.

With quite a tale to tell. Of tiny walled seas, spindly cliffs that sting like jellyfish, and seaweeds that reach for the sky. Heretical tales of an unexplored, desert world beyond the tide, where creatures walk on two or four legs and the birds sing like sped-up whales.

No one will believe him. But I suspect this free spirit won’t care.

*with the exception — awkwardly — of an actual albatross that seems to think it’s a gannet and every now and then swings by to spend a few days with them.