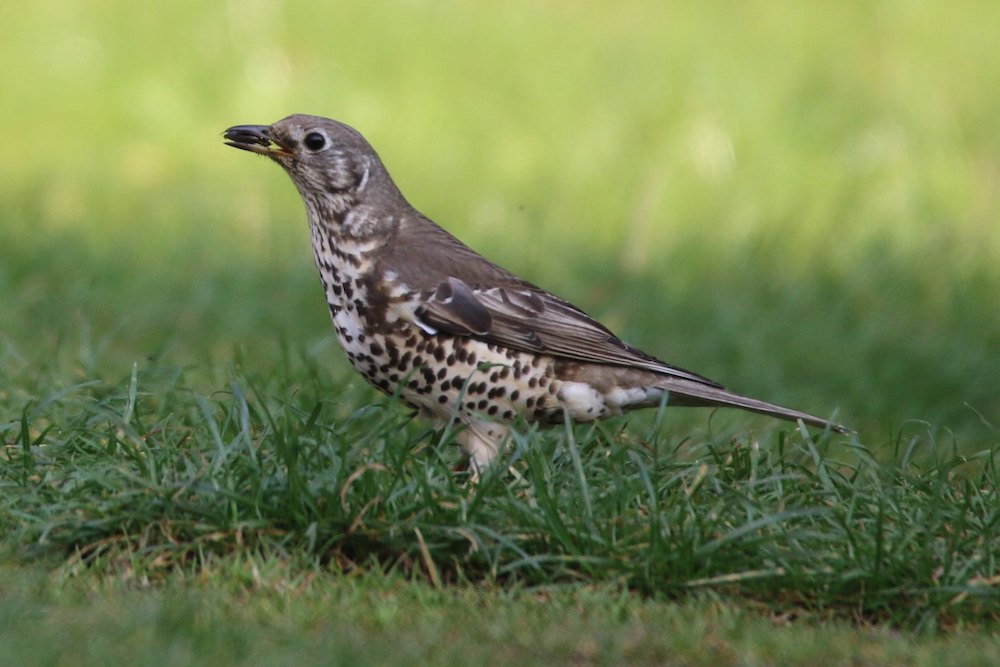 Almost a month to the day I last cycled south to look for the little owls on Hackney Marshes, and once again I am disappointed. A couple of teenage girls also stare hopefully up at the highest branches of the slim sycamores, but the owls are not in residence this lunchtime, and we are all disappointed.

As in June, I console myself with a walk around the Waterworks reserve, hoping for a glimpse of the garden warblers. I hear an unusually thrushy blackcap, but its throaty efforts still rise much higher and lighter than the song of the garden warbler. And I receive my second disappointment of the day.

But I do not despair. The reservoirs to the north may be more full of avian thrills and spills than this little patch of meadow, reedbed and damp woodland, but I feel more emotional attachment here — it is my happy place.

I hear asoudn like a squeaky wheel coming from the deepest, largest pool. Looking through the bird hide slats I see a little grebe chick incessantly moidering its parent. Every time the adult surfaces, its fluffy backside slicked down with water, the zebra-headed, peachy-billed chick paddles straight over to the catering end, but is not rewarded with any fish or other morsels while I watch. When the parent disappears beneath the surface once again the chick dips its face in the water and watches intently for any updates.

There are a total of five chicks and three adults on the water, and each chick is identically bothersome. A female pochard with four ducklings tolerates the antics of these irritating little birds, almost too small to deserve a place on the water.

The wind had blown the algae into a loose mat at one end of the pool. A grey wagtail flies into the breeze and scampers mercurially through it. Using the wind in the same way as a kestrel, but with a delicacy and lightness more akin to a hummingbird, it dangles centimeters above the scummy green surface of the water and picks tiny insects off it.

Almost completing a reprise of last time’s performance, two stock doves land demurely on the steep concrete, their bodies curved upwards like bananas for balance, take a sip of water, and fly away. I walk a circuit around the old water pump, absorbing the calming, rich green of the strokable field of reeds, and then follow the doves’ lead out of the reserve. A cormorant and swift soar high above, the only dark things blessing the sky with their presence. 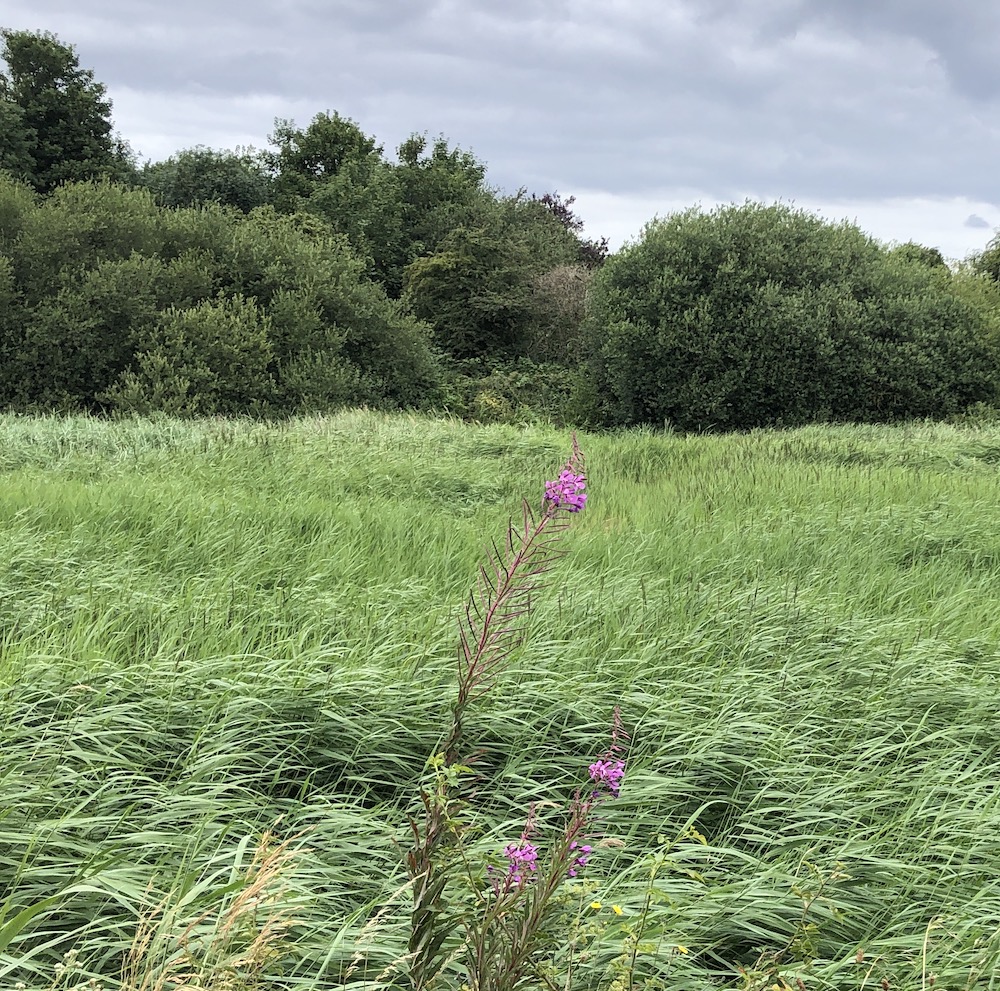 On the way back I take a detour past the paddocks at the riding centre, more to “take the air” than in search of any birdlife, and am delighted to find nine Mistle Thrushes feeding in the rough grass. They are probably the product of two broods, and represent a good year for the resident pair. In various states of “undress”, many of them were very clearly mid way through moulting. Some had ochre-washed feathers on the flanks, and I’m not sure if these are fresh or the last, yellowing stumps of the old plumes. Some appear almost white-headed as their feathers thin and the pale, downy bases are revealed.

A few years ago I lived across the road from Millfields Park. A mistle thrush heralded the coming of spring with its morose, short, fluted ditties, delivered from the london plane trees outside my window. From January onwards it was one of the first sounds I heard each morning. While there’s nothing inherently wrong with its song, suffice to say that I did grow weary of its ceaseless maudlin whistle, and that’s not something one can say about any of its relatives. I’m over it now though, and listen out for it on drizzly, late winter mornings.

Today they hop across the paddock, heads held up and alert, keeping a healthy distance between themselves and the horses. The sound of a punk band rehearsing wafts over from the warehouses towards Leyton, and it does suit the mistle thrush’s bovver boy demeanour. I watch one juvenile chiselling away at a particular spot on the ground. It hops about the hole, attacking it from different angles, but try as it might, its determination to eat the grub its caught a whiff of leads to nothing. It has, I notice, a large, dark eye, that is quite beautiful, like that of a Steiner bear, and I sympathise with its empty-beaked plight.

Across the field a clean, russet fox — fresh this year perhaps — flushes a flock of starlings into the trees. There are about 200 now. Young woodpigeons, grey and smudgy like a finger painting, join them in their flight, but land on the ground a few fences away to continue their search for seeds