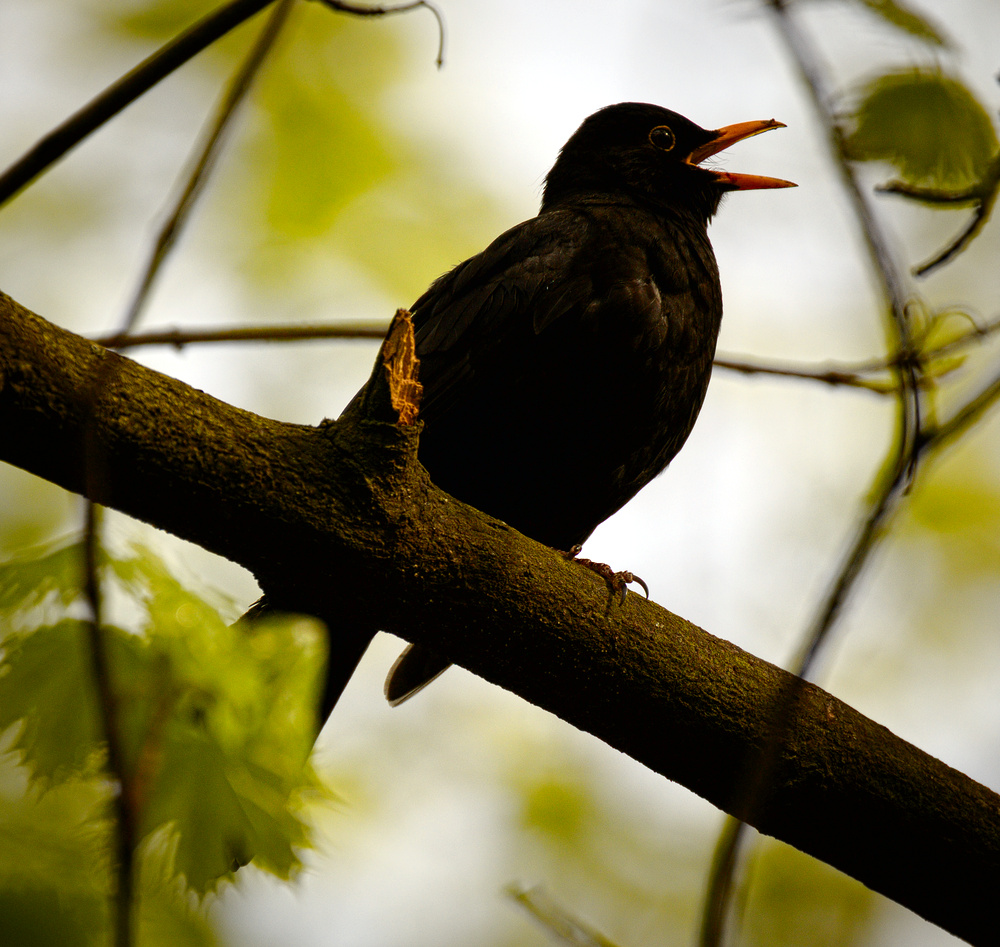 By rights, today’s post should be another dedicated to the magical swifts still filling the air. But I can’t write about swifts every day for the next almost two months, so discipline dictates that I must move on. Nevertheless, they will hover in the background, providing the epic, sweeping backdrop to all the other bird’s personal stories.

The wind has dropped today and the storms have passed, leaving behind the spitting rain and low, rolling clouds of a ruined summer holiday in Dorset. This weather is hard to love, offering little to either sunseeker or stormchaser.

Arriving at the reserve I heard a Blackbird singing over the burbling Coppermill Stream, the water still high from last night’s downpour. Each of the british breeding thrush species is a beautiful mellow troubadour, and all suit a rainy day well. The blackbird is itself a melancholy crooner from the 50’s, a black-suited Roy Orbison with a trademark tremolo in its throat. It flies off to perch on the engine house roof, flapping and gliding weakly like an early biplane, cocking its tail sassily as it lands.

Without the breeze’s interference I could hear all manner of birdlife. A cranky reed warbler chugging away in the reeds, and the whinnying chirps of a few young great tit, which seem to be everywhere at the moment. A couple of goldfinch flew overhead, tinging their finger-cymbal voices, and from every thicket, politely spaced, blackcaps each delivered their own twist on the whistling waterfall theme.

The air shimmered with with delicate touches of birdsong. The dullness of the light triggering an equal and opposite clarity of sound.

With the more settled wind the river of swifts flowing between No. 5 and the Maynard reservoirs flowed more sedately, like the lower reaches of a grand old continental river. Though less frenetic than yesterday, they still tore along at a rate of knots. A bemused swan with drizzle-dampened neck feathers, bobbled like an old fleece, had encounters at least as close as I did. It must think them such hooligans.

The lack of wind saw fishermen dotted around most sides of the reservoirs, liberated from the tyranny of the wind-tangled line. Along No. 4 & 5 reservoirs they are all fly fishermen, relying on a finely honed marriage of arm, rod and line to tempt the immaculate bundle of feather, hook and thread out to the deep water where the trout swim. Today was a good day for jumping trout. I saw four.

Four egrets flew like a wallpaper pattern, one diagonally above the other, in front of the new blocks of flats. What a view they’ll have. I’m sometimes envious of the birdwatchers I know who already do overlook some part of the valley. During lockdown there’s an informal contest to see who can count the most species from their home; lockdown listing it’s called. Someone I know, who lives overlooking Lockwood, is on around 80.

Onwards around the back of No 5. reservoir. Barring the swifts, this is the kind of day I’ve been expecting to fill the majority of this blog, and I struggle to find a bird that demands it be written about.

I consider covering canada geese (which form an orderly, comical queue and waddle nervously ahead of me for some time), cormorants (the colony sounds manic and alive, but I find the tragic corpse of a youngster), little egrets (aside from the four in the air, I find a fledgling tottering at the water’s edge, scraps of white down still on the back of its head) or the immature wren I see with its yellow joker’s gape wriggling up its cheeks.

But eventually, as the spots of rain oscillate from light to heavy and back again, and the swifts draw their spirograph arcs some half a mile distant, it is another blackbird singing from the bushes that captures my mood the best. Despite not having a strong tale to tell — even from memory; it’s one of those birds that was always just there — it bookends my summer stroll so attentively that I must agree to it having its turn.

It doesn’t come close to providing the gasp-out-loud joy of the last six days’ birds, but not every day is about joy. Here on this damp, early summer’s day, loitering beneath the trees on a track that’s both gravel and dirt, the warm memories of country lanes and childhood waterproof anoraks is what I feel. And the blackbird, it’s song caught between optimism and nostalgia — perhaps that Welsh “hiraeth” I’m not supposed to be able to translate — seems to understand perfectly. 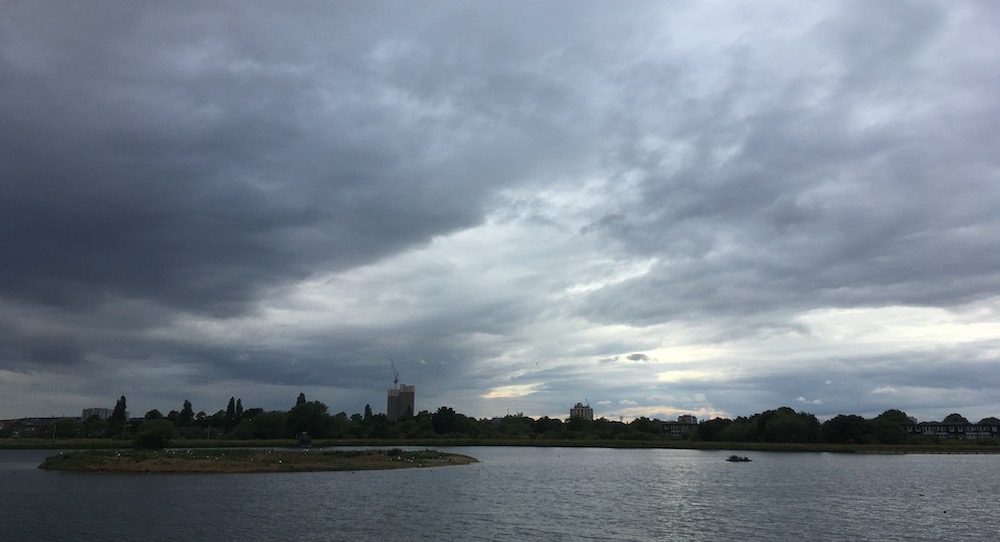